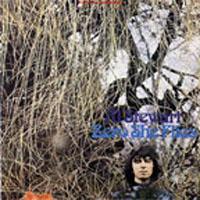 My Enemies Have Sweet Voices


I was in a bar called Paradise
When the fiddler from the band
Asked me "Why do you stand there crying?"
I answered him: "Musician, this may come as a surprise
I was trying to split the difference
And it split before my eyes
And my enemies have sweet voices
Their tones are soft and kind
When I hear my heart rejoices
I do not seem to mind"

I was playing Brag in Bedlam
And the doctor would not deal
Asking me: "Why do you kneel down there bleeding?"
I answered him "Physician,
I think you would have cried
I was falling back on failure
The failure stepped aside
And my enemies have sweet voices
Their tones are soft and kind
When I hear my heart rejoices
I do not seem to mind"

I was blind side to the gutter
And Merlin happened by
Asking me "why do you lie down there bleeding?"
I answered him "Magician, as a matter of a fact
I was jumping to conclusions
And one of them jumped back
And my enemies have sweet voices
Their tones are soft and kind
When I hear my heart rejoices
I do not seem to mind"

Said the apple to the orange:
"Oh I wanted you to come
Close to me and kiss me to the core
Then you might know me like no other orange
Has ever done before"

In Gloucester Cathedral, on Saturday night
I came to your flower show, blown like a kite
And I stood by the tombstones, and gazed at the lights
On the altar
And the horse-faced old ladies and tweedy-toned men
Of county society they came and they went
With pamphlets and leaflets of Christian events
For the fall

Oh I saw a blue hair-rinse, I saw a black tooth
I saw a false face in a telephone booth
And the stark white-faced roses that screamed out the truth
Of their dying
And a walrus's dreams and a carpenter's love
Absorbed like a hand in a great rubber glove
And flown like a flag over battlefields
Factories and all

Prince Louis Battenberg is burning the Admiralty lights down low
Silently sifting through papers sealed with a crown
Admiral Lord Fisher is writing to Churchill, calling for more Dreadnoughts
The houses in Hackney are all falling down
And my grandmother sits on the beach in the days before the war
Young girl writing her diary, while time seems to pause
Watching the waves as they come one by one to die on the shore
Kissing the feet of England

Oh the lights of Saint Petersburg come on as usual
Although the air seems charged with a strangeness of late, yet there's nothing to touch
And the Tsar in his great Winter Palace has called for the foreign news
An archduke was shot down in Bosnia, but nothing much
And my grandmother sits before the mirror in the days before the war
Smiling a secret smile as she goes to the door
And the young man rides off in his carriage, homeward once more
And the sun sets gently on England

Ah the day we decided to drive down to Worthing, it rained and rained
Giving us only a minute to stand by the sea
And crunching my way through the shingles, it seemed there was nothing changed
Though the jetty was maybe more scarred that I'd known it to be
And Mandi and I stood and stared at the overcast sky
Where ten years ago we had stood, my Grandfather and I
And the waves still rushed in as they had the year that he died
And it seemed that my lifetime was shrunken and lost in the tide
As it rose and fell on the side of England

Hey, won't you come look at the sunrise
Peeping up into the blue skies
Washing away the morning chill
That hangs like a cloak over Black Hill

Anna, turns out the light
Sits down alone
The echo of his foot on the stair
Turning to stone
No, he didn't take very much
Just your flesh from the bone
It's gonna be hard for a while
Trying to get by
On your own


She's a mollusk,
a seamstress,
a princess,
a priestess,
a negress,
she knows her position

She's a swallow,
a willow,
a cello,
a pillow,
a bow
and also a physician

She takes your eyes
and mends your head
She draws the wine
and breaks the bread
She has no lies to tell you
and no truths to sell you
She's a girl,
she's almost a woman

And Zero she flies as the morning sighs
Spreads her wings like a seagull
From the mountain he watches her,
biding his time
But his eyes are the eyes of an eagle

He's a hawthorn,
a raven,
a scarecrow,
a haven
for moon-blessed thought and opinion
He will laugh like the fountains,
the bones of the mountains
lie deep in his forest religion

You will call his name when evening falls
And the ground sets hard and the night wind calls
You will feed him and heed him,
at times you will need him
Say you were almost his woman

And Zero she flies as the morning sighs
Spreads her wings like a seagull
From the mountain he watches her,
biding his time
But his eyes are the eyes of an eagle
In the shuddering mad red blood-let sunset
a tired man is leaving his cover
And the soft eyes of Zero
are cut by the sounds
of the vanishing feet of her lover

And Zero she sighs as the morning dies
With the broken wings of a seagull
From the mountain he watches her, sensing his time
But his eyes are the eyes of an eagle
At the pall of the day the man of the mountain
is nearing the end of his travel
And the fence is down
on the westland bounds
and a footfall pounds in the gravel

And Zero she flies as the morning sighs
Spreads her wings like a seagull
From the mountain he's coming,
judging his time
And his eyes are the eyes of an eagle

Oh Zero she flies as the morning dies
Spreads her wings like a seagull
From her window he watches her,
a man in his time
But his eyes are the eyes of an eagle