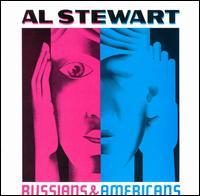 Lori, don't go right now
Now that you've come this far
Lori, you don't know how
Close you really are

Lori, you're never gonna see
Behind the untried door
You know it doesn't have to be
The way it was before

You're not the only one who found too soon
The more you care
The more you stand to lose
I've been inside your shoes
So Lori, don't go right now

I know you just take anything on trust
Why don't you open up and show the way you feel?
What's there to hide?
What is it that's inside of you
That you seem so unwilling to reveal?

The One That Got Away

I came upon two strangers on a black and white TV
In a hotel room called nowhere, in the dead of half-past three
Their eyes met across the captain's table
Both trying to resist, but just weren't able
The one that got away

You knew it had to happen, the music grew intense
In love affairs on oceans, the feelings seem immense
Looks like they headed into stormy weather
Oh, they saw it, even though they stuck together
The one that got away

We met on the beach amid rumours of war
Your head in your hand, what you saw you won't say
As the newspapers blew in the wind
I can see you're one of that kind
Who carry round a time bomb in their mind, no one knows
When you'll slip the pin
Rumours of war
Rumours of war

I see that your dress is torn at the edge
You were lost, intense, like a man on a ledge, waiting to jump
As the waves break over the shore
You say there's a storm that can't be delayed
And lately it seems to be comin' this way, you can hear it break
Like the slam of a door
Rumours of war
Rumours of war

You tell me, just look all around
At the past and the present, the cross and the crescent,
The signs and the planets are lining up like before
There are souls on fire in the day and the night
On the left and the right, in the black and the white
You can see it burn in the eyes of the rich and the poor
Rumours of war
Rumours of war

The Gypsy And The Rose

Torn between the Gypsy and the Rose
I was led on I suppose
For the Gypsy was always out of reach
I crossed her palm with silver just to know
What the future had to hold
But she only turned her back on me
The Gypsy said no man could make her stay
I followed anyway
Living only day to day
I left the rose as quiet as the night
Whatever she felt then, she kept inside

Ah, the years they seemed to change my Gypsy's soul
She grew weary of the road
Looking round for a better way to live
She traded in her caravan for gold
Pretty things to have and hold
Always wanting more than I could give
Came the day I just had to go
She screamed "I should have known
But I never thought I'd fall"
I said "You're the one who had the crystal ball
Perhaps you never saw me there at all"

Torn between the Gypsy and the Rose
It was Romany I chose
I was only caught up in a dream
If you see someone wearing Gypsy clothes
Be wary of the pose
For she may not be all that she seems
The Rose moved on, she left here long ago
For where, nobody knows
Just to find another life
I think about her sometimes in the night
I never knew the red rose from the white

You may not see just where the sense is
In the actions of the State
You may not know the consequences
Of their actions till too late.
The rival factions still debate
As shadows gather at your gate.

You seem beyond the jurisdiction
Of the democratic powers
You do not see the contradiction
Of the watchmen in the towers
You turn your back as night devours
The final chance, the final hours

Linda was killed last Saturday about fifteen blocks from where she lives
In a car crash, people gathered around the graveside friends and relatives dressed in black
Preacher mumblin' how she's bound to go to Heaven
The service started at half-past ten, it was all over by eleven
They say it's God's to give, and God's to take away,
But why He happened to pick Linda on a Saturday night, no one could say.
Maybe it's just one of those things
One of those things

They found guy the who did it, he had the lobotomy and the chicken eyes,
And he gazed around the courtroom with a kind of vague surprise
Reminded me of one of those Vikings with the long-handled swords
The kind of guy even Joan Baez would not feel non-violent towards
Said he wasn't looking, maybe he had had a bit too much
It was dark, it was raining, he didn't see the light or some such
It was just one of those things
One of those things

I asked my local guru the situation and he gave me this reply
While pointing a bony finger up into the general direction of the sky:
"Get on with your own life, it is not ours to reason why"
Said he used to worry about it once when he was young
Now he doesn't even bother to try
He left me with a feeling that what he said was basically sound
Like a black hole in space, or philosophy, useless but profound
Just one of those things
One of those things

Your mother's taking pills all day, she's looking to escape
Your uncle's in the County Jail for statutory rape
Just another runner never made it to the tape
Your cousin gets his kicks setting everything on fire
Your little brother always lets the air out of my tyres
Your sister wants to prove that she's an object of desire

Your father's a collector and his things are a delight
He likes cameras and binoculars and everything in sight,
He collects them in a wagon in the middle of the night
Every holiday's a nightmare and it's giving me the chills
Everybody ends up fighting, I remember it still
The only thing that they agree on is it's me they want to kill

I think we ought to break up, I could really use the rest
Everything I like you say is something you detest
But every time I try to leave you say you love me best
I was looking for some mystery, I thought you'd be the girl
I really must admit you were like nothing in this world
I finally got the oyster but I never found the pearl

So here we stand at the edge of 1984
Bracing ourselves once again
For the storm approaching as those
Who long before huddled in caves from the rain
The enemy's face is so hard to see
Sometimes it seems that I see him in you
Sometimes in me
Who can he be?
No use consulting the prophets and leaders they all disagree

From the wars of Europe, the pilgrim fathers
Set off with their hopes and their bond
Some settled down by the coast, others crossed
The mountains and into the flatlands beyond
From scramble and dust of Muscovite streets
Merchants develop the trade routes,
And open the door to the East.
Pioneer waves
Choked by the cold breath of winter,
Or baked by the heat of the day

Two runners caught in the thrill of the race,
The finishing line is as far as the stars that the satellites chase
Why quicken the pace?
Why does it seem that you choose to lose reason before losing face?

Late at night
When reality's failing and nothing is prevailing but the wind
I come to you
Out of sight
Like a fugitive trailing across a barren land, you let me in
You always do
My reason is caught by a sudden gust
Of lateral thought that sweeps me
Far beyond
It's the opium of the night
And the ocean of words
That we throw in the air
Grow more absurd
And nobody seems to care
It's a refugee's respite
Cafe Society

Late at night (late at night)
While the city lies sleeping and solitude is keeping me awake
I think of you (I think of you)
Dim your lights
Oh, I want to sink deep in that river of oblivion you make
I need it, too
Let me check-in my mind
With my coat at the door
'Cause I want to go flying
Where I've never been before
Some inviting dark ravine
If the hand that you hold
In the dead of the night
Is a little too cold
The body seems just right
It's a Toulouse Lautrec scene
Cafe Society

Sound of footsteps walking along a street.
A pause, the
footsteps take two steps up a short flight of stairs.
Five knocks,
a door opens, a cocktail party is heard in the background, and
the doorman' asks: "Excuse me, Sir, are you a member?"

One, two, three
That's how elementary it's gonna be
Just fine and dandy
It's easy
Like taking candy from a baby

Primitive country
Rich in minerals, you
Pay them with beads
Tip the generals
It's easy
Like taking candy from a baby

Inside the lonely building
Sits the candidate
His speech is typed and ready
The hundred-dollar plates
Sit on deserted tables
Beneath fluorescent light
But no one comes to hear him
No cheers disturb the night
So where are all the voters?
Where the voter's wives?
They've all gone to the movies
Trying to understand their lives.
The candidate is slipping
Into some dream of old
Not noticing around him
A thousand rubber chickens going cold