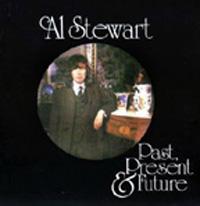 
I can well recall the first time I ever put to sea
It was on the old 'Calcutta' in 1853
I was just a lad of fourteen years, a midshipman to be
To make my way in sailing ships of the Royal Navy

Ah, the old queen she passed away with the new born century
And I received my calling up to the admiralty
The sands ran through the hourglass each day more rapidly
As we watched the growing of the fleets of High Germany

I may be old now in your eyes
But all my years have made me wise
You don't see where the danger lies
Oh call me back, call me back...

But the war it ran its course, they could find no use for me
And I live in the country now, grandchildren on my knee
And sometimes think in all this world the saddest thing to be
Old admirals who feel the wind, and never put to sea

Now just like you I've sailed my dreams like ships across the sea
And some of them they've come on rocks, and some faced mutiny
And when they're sunken one by one I'll join that company
Old admirals who feel the wind, and never put to sea

Don't go down to the docks tonight
The cops are nosing around for the site
We moved the booze just before daylight
They won't find it now, it'll be alright

The morning is humming, it's a quarter past nine
I should be working down in the vines
But I'm lying here with a good friend of mine
Watching the sun in her hair

I pick the grapes from the hills to the sea
The fields of France are a home to me
Ah, but today lying here is a good place to be
I can't go anywhere

Just out of Cambridge in a narrow country lane
A bottle-green Bentley in the driving rain
Slips and skids round a corner, then pulls straight again
Heads up the drive to the door

And a lost wind of summer blows into the streets
Past the tramps in the alleyways, the rich in silk sheets
And Europe lies sleeping,
you feel her heartbeats through the floor
On the last day of June 19...

Oh echoed away like a roar in the distance
In moonlight carved out of steel
Singing "All the lonely, so long and so long
You don't know how I long, how I long
You can't hold me, I'm strong now I'm strong
Stronger than your law"

I sit here now by the banks of the Rhine
Dipping my feet in the cold stream of time
And I know I'm a dreamer, I know I'm out of line
With the people I see everywhere

The couples pass by me, they're looking so good
Their arms round each other, they head for the woods
They don't care who Ernst Roehm was, no reason they should
Just a shadow that hangs in the air

I was a post-war baby in a small Scots town
I was three years old when we moved down south
Hard times written in my mother's looks
With her widow's pension and her ration books
Aneurin Bevan took the miners' cause
The the House of Commons in his coal dust voice
We were locked up safe and warm from the snow
With "Life with the Lyons" on the radio
And Churchill said to Louis Mountbatten
"I just can't stand to see you today
How could you have gone and given India away?"
Mountbatten just frowned, said "What can I say?
Some of these things slip through your hands
And there's no good talking or making plans"
But Churchill he just flapped his wings
Said "I don't really care to discuss these things, but
Oh, every time I look at you
I feel so low I don't know what to do
Well every day just seems to bring bad news
Leaves me here with the Post World War Two Blues"

1959 was a very strange time
A bad year for Labour and a good year for wine
Uncle Ike was our American pal
And nobody talked about the Suez Canal
I can still remember the last time I cried
The day that Buddy Holly died
I never met him, so it may seem strange
Don't some people just affect you that way
And all in all it was good
The even seemed to be in an optimistic mood
While TW3 sat and laughed at it all
Till some began to see the cracks in the walls
And one day Macmillan was coming downstairs
A voice in the dark caught him unawares
It was Christine Keeler blowing him a kiss
He said "I never believed it could happen like this
But oh, every time I look at you
I feel so low I don't know what to do
Well every day just seems to bring bad news
Leaves me here with the post World War Two Blues"

I came up to London when I was nineteen
With a corduroy jacket and a head full of dreams
In coffee bars I spent my nights
Reading Allen Ginsberg, talking civil rights
The day Robert Kennedy got shot down
The world was wearing a deeper frown
And though I knew that we'd lost a friend
I always believed we would win in the end
'Cause music was the scenery
Jimi Hendrix played loud and free
Sergeant Pepper was real to me
Songs and poems were all you needed
Which way did the sixties go?
Now Ramona's in Desolation Row
And where I'm going I hardly know
It surely wasn't like this before but
Oh, every time I look around
I feel so low my head seems underground
Well every day just seems to bring bad news
Leaves me here with the Post World War Two Blues

Oh, every time I look at you
I feel so low I don't know what to do
Well every day just seems to bring bad news
Leaves me here with the post World War Two Blues

They crossed over the border the hour before dawn
Moving in lines through the day
Most of our planes were destroyed on the ground where they lay
Waiting for orders we held in the wood - word from the front never came
By evening the sound of the gunfire was miles away
Ah, softly we move through the shadows, slip away through the trees
Crossing their lines in the mists in the fields on our hands and our knees
And all that I ever was able to see
The fire in the air glowing red silhouetting the smoke on the breeze
All summer they drove us back through the Ukraine
Smolyensk and Viyasma soon fell
By autumn we stood with our backs to the town of Orel
Closer and closer to Moscow they come - riding the wind like a bell
General Guderian stands at the crest of the hill
Winter brought with her the rains, oceans of mud filled the roads
Gluing the tracks of their tanks to the ground while the sky filled with snow
And all that I ever was able to see
The fire in the air glowing red silhouetting the snow on the breeze
In the footsteps of Napoleon the shadow figures stagger through the winter
Falling back before the gates of Moscow,
Standing in the wings like an avenger
And far away behind their lines the partisans are stirring in the forest
Coming unexpectedly upon their outposts, growing like a promise
You'll never know, you'll never know
Which way to turn, which way to look, you'll never see us
As we're stealing through the blackness of the night
You'll never know, you'll never hear us
And the evening sings in a voice of amber, the dawn is surely coming
The morning road leads to Stalingrad, and the sky is softly humming
Two broken Tigers on fire in the night flicker their souls to the wind
We wait in the lines for the final approach to begin
It's been almost four years that I've carried a gun
At home it'll almost be spring
The flames of the Tigers are lighting the road to Berlin
Ah, quickly we move through the ruins that bow to the ground
The old men and children they send out to face us, they can't slow us down
And all that I ever was able to see
The eyes of the city are opening now it's the end of the dream
I'm coming home, I'm coming home
Now you can taste it in the wind, the war is over
And I listen to the clicking of the train wheels as we roll across the border
And now they ask me of the time
That I was caught behind their lines and taken prisoner
"They only held me for a day, a lucky break", I say;
They turn and listen closer
I'll never know, I'll never know
Why I was taken from the line and all the others
To board a special train and journey deep into the heart of holy Russia
And it's cold and damp in the transit camp, and the air is still and sullen
And the pale sun of October whispers the snow will soon be coming
And I wonder when I'll be home again and the morning answers
"Never"
And the evening sighs and the steely Russian skies go on forever

Oh, I had a dream
It seemed I stood alone
And the veil of all the years
Goes sinking from my eyes like a stone

A king shall fall and put to death by the English parliament shall be
Fire and plague to London come in the year of six and twenties three
An emperor of France shall rise who will be born near Italy
His rule cost his empire dear, Napoloron his name shall be

From Castile does Franco come and the Government driven out shall be
An English king seeks divorce, and from his throne cast down is he
One named Hister shall become a captain of Greater Germanie
No law does this man observe and bloody his rise and fall shall be

In the new lands of America three brothers now shall come to power
Two alone are born to rule but all must die before their hour
Two great men yet brothers not make the north united stand
Its power be seen to grow, and fear possess the eastern lands