Down In The Cellar 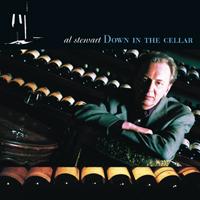 And all through the night
In glass filtered light, tasting history

And all through the night
In glass filtered light, tasting history

Down In The Cellars

Turning It Into Water

Damp has peeled away my labels,
I can't read the writing any more,
Nothing here to grace my tables
Nothing left to store

The Night That The Band Got The Wine

The earthquake hit at 6:19 with a jolt
People went running for the doorway
And for the next half minute it shook
Up on the 17th floor the sommelier was opening the wine
He knew the great hotel was solidly built
Still it must have been a miracle that nothing got spilt.
Terry O'Shea got up from the Chippendale chair
Talking on the telephone
Looking perplexed, waving a hand in the air
In the great room all alone
Fifty years old today, a microdot billionaire
Putting on a party like a Hollywood guy
With all the food and wine that his money could buy
The band came in arguing as usual
About nothing in particular
It always seemed to be that way
Tuning up and putting out set lists
Of all the stupid songs musicians hate to play
Still it could be better then usual
The food looked great, it was money not glory
So when the clock struck eight
They began the theme tune from "Love Story".
Time went by with no one arriving at all
It was just Terry and the pictures
Of dead people frowning from the wall,
They didn't look very pleased
It was completely clear nobody was coming
They were all staying home with their earthquake kits
Waiting for the aftershocks to hit
The Night That the Band Got the Wine
Thirty decanters of wine sat ready to pour
1961 Margaux and Petrus and Chateau Latour
Swaying in unison
Lobster and cavier, shrimp and salmon
They were all laid out with artistic flair
The waiters were already eyeing their share
Terry got up and he said "Enough"
And told the band to stop playing that dreadful stuff
He made them all come over to the table
And he gave them wine they never had dreamt of
So they worked their way through the burgundy and port
And started to relax
They discovered they had more in common then they thought
And so they went back
Over to the stand and started playing again
But this time differently
It got louder and louder and fairly insane
People heard it down in the street
It felt so good, they were smiling at eachother
The waiters all ran out covering their ears
There was plaster from the ceiling on the crystal chandeliers
Terry was dancing like a madman and waving his hands
At anything and everything
Kicking up the dust from the carpet and doing handstands
Cackling and yodeling
This was a birthday bash he hadn't anticipated
Spinning like a top in the middle of the room
While the hotel shook to a sonic boom.
After a while he passed out cold on the floor
And dreamed revealing things
Then he didn't have computers anymore,
Or fawning underlings
He was running through the trees on a tropical isle
No more feeling tense
In a flower patterned shirt of questionable style
It all made sense
The band went back to their homes in the Hollywood hills
Better than they'd ever felt
Waking up their sleep-addled wives with rambling tales
It didn't go down very well
But as a legacy, they called a band meeting
And decided they were going to give up playing covers
From that day on they got along with one another
Terry woke up and strange as the story may seem.
Though he felt terrible
He found with the dawn he could still remember his dream
So he just fell away
Nobody's seem him since
But I like to think of him
Sitting on a beach like Gaugin wearing a smile
Waiting for a brown eyed girl, she'll be there in a while
Maybe thinking back to a long ago time
The Night That the Band Got the Wine
The Night That the Band Got the Wine

You got out your camera, we were standing on the beach
Millie wore her yellow hat and seemed just out of reach
She was in a deck chair with a paper on her knee
I think she might have winked at me
She really was a tease
Down to the pub everyone went, and Millie was fine
She moved in close, smiling at me
And spilling her wine
All that she said, all that she said,
I want you to tell me all that she said
All that she said

The English call it claret
And clear and red it sits inside my glass
Sent to us from Paris
A greater kindness never came to pass
We'll drink his health, with the last

Time goes by in stories
Wine goes by, dark and young
When it comes my turn here
I'll be telling one with a purple tongue

The night grows philosophic
I miss a word or two, it must be said
As I hear them talking
I sink a little keeping in my chair
Thanking the fates that brought me here

Not a word could make her stay
The East wind blows the sun away
Oh I lost her on St. Swithin's day
Oh why?

Clocks that sand in ringing chimes
To take the measure of the times
Clocks that spoke in wordless rhymes,
So long, so long , so long

Not a word could make her stay
The wine is spilt and flows away
I lost her on St. Swithin's day
Oh why?

The sleepy valley was a land of farms and horses
He brought his family to the house that he built all alone
He drove the tractor, fixed the sprinklers, loaded boxes
Sold his wine from a van
His reputation soon began to grow

Sergio with grapemust on his overalls
Acaccia in his hair
Memories flow
In his mind, another country far away
With music in the air
So long ago

His wooden vats have turned to towers of gleaming metal
For Pinot Noir and Syrah, Cabernet, Chardonnay
They're entered into competitions, winning medals,
Advertised on TV
They're calling him the patriarch today

Sergio puts a weathered hand on the labeling machine
The day's almost done
Looks outside, beyond the barrels
To the rows of vines in brown and green
The last of the sun

Life in the Abbey goes unending
The monks and the bells, the prayers and mending
The secret of wine is in the blending
And I've found a way to keep the stars the wine is sending