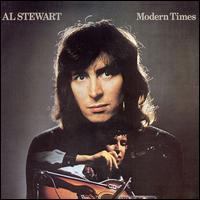 Sometimes it seems unimaginable
That you were ever any other way
With your white rose face and your orphan clothes
Embroidered jeans and silver chains
You're a well known face in all the hang-out places
Where the lost souls congregate
You sit all night, but you talk too fast
I don't know what you're trying to say

I know your daddy said he'd talk to you
But he never really found the time
And your TV mother with her cocktail eyes
Could never really reach your mind
So you fixed your star to a passing dream
And took a cocaine holiday
Now the years flow round you in a muddy stream
And you need another place to stay.

Reach down, silvery ship from the stars, I know you're there
I know you'll understand me, you can take me anywhere
I know you must be thereWell, sometimes it seems impossible
That the game could get that rough
But the stage is set, the exit's barred
And the make-up won't come off
So you make your bow to the balcony
You light another cigarette
And the lights grow dim as the music starts
And it's easy to forget

First time I saw you, you were Mr. Natural
You seemed so diffident, you hardly spoke at all
Now you come to me and you've got green streaks in your hair
You walk like Greta Garbo, but you talk like Yogi Bear
So tell me now
What's going on? What's going on?
I really don't believe what's going on; what's going on?

All those rock 'n' roll star heroes you spend your time around
You may think you're one of them but you're a hundred thousand down
What are you going to do when the company calls its money in?
How'll you feel stuck out in the rain without a friend?
What's going on? What's going on?
I really don't believe what's going on; what's going on?

She goes into a cafe, orders tea, looks at the menu
But there's nothing really on it
And the place is as deserted as a plaza in a heat-wave
And the cloth has jam upon it
But the girl in the raincoat doesn't stop to count the tea-leaves
Or turn to see the mists around the sun
For the winter's unfolding around her
And it's time for moving on
And you're not the one she's thinking of
And you're not the one she really wants
Just a station on the line she's leaving from

She missed the train, she felt the rain upon her face
It seemed to clear her head
She watched him drive into the night
A broken tail-light, a speck of red
She still felt his touch
It didn't seem to mean that much
She wouldn't go back there
Next time

If I followed the coast road, I'd be home by evening
The harbour lights still cut across the bay
From the slot machine arcade the lights go streaming
To the bikes outside the rock 'n' roll cafe
Ah but you know those small town blues
Are really too much to lose
There's nothing really there to go back for
And on Sunday morning easy rider comes to me with apple cider
Leaves me here without a place to go

Any railway station would be just fine, fine, fine
To settle down and wash the cobwebs from your head
Oh, if your situation's running dry, dry, dry
Find a waiting-room beneath the stars to make your bed'

Cause you know London can make your brain stall
The streets get cold and empty on a rainy night
So you duck into the subway station, you can hear the trains call
They want to take you to the Earl's Court Road, but it don't seem right
Cause it's na, na, na noowah
On the juke-box, singing in the burger bar
See the people's faces in the passing cars don't want to know
And on Sunday morning easy rider comes to me with apple cider
Leaves me here without a place to go

You have the most appealing surface I have seen
Bring it over here, lay it down by me
Don't mean to make you nervous, I just mean
To make you see, this is the place to be

The Dark And The Rolling Sea

Oh I have no need of a chart or creed
You told your waiting crew
For the winds of chance, they will bear us straight
And you spoke as though you knew
So you paid no mind to the warning signs
As you gave your words so free
Don't change your tack when the timbers crack
On the dark and the rolling sea

Do you remember the time we were young?
Lowly, lowly, low
Outside the window the frosty moonlight hung
On the midnight snow
So we pulled our scarves around our faces in the night
Huddled on the doorsteps where the fairylights shone bright
Singing Christmas carols while our breath hung in the light
It all comes back like yesterday
It almost seems like yesterday

Do you remember the changes as we grew?
Slowly, slowly, slow
Sneaking in the back way into movies after school
For the evening show
Chasing skinny blue jean girls across the building-site
Checking out the dance floor while the band played "Hold Me Tight"
See the blonde one over there: I bet she'd be alright
It all comes back like yesterday
It almost seems like yesterday

While I talked he sat and he never made a sound
Staring at the glass beside me
Hey old friend, tell me what's on your mind?
Silence grows on you like ivy
Ivy

Do you remember the church across the sands?
Holy, holy, ho
You stood outside and planned to travel the lands
Where the pilgrims go
So you packed your world up inside a canvas sack
Set off down the highway with your rings and Kerouac
Someone said they saw you in Nepal a long time back
Tell me why you look away
Don't you have a word to say?

He said, "I don't remember ... I Don't want to remember
In fact I've heard too much already
I don't want to think, just leave me here to drink
Wrapped up in the warmth of New York City
Oh, oh, it seems you just don't know
And you just don't understand me
I've got no use for the tricks of modern times
They tangle all my thoughts like ivy
Ivy

So I left him, and I went out to the street
Lowly, lowly, low
Where the red light girls were coming after me
Forty dollar show
All across the city's heart the lights were coming on
The hotel lift softly hummed a Cole Porter song
If I went to look for him I knew he would be gone
A picture-card of yesterday
A photograph of yesterdayAnd far off in a deserted part of town
The shadows like a silent army
Flooded out the rooms in pools of blue and brown
And stuck to all the walls like ivy
Ivy
Ivy